Yesterday's shift in winds out of the south brought a nice surge of migrants into southern Wisconsin. My Dane County eBird needs alerts exploded throughout the day. On our Dane County Notable Telegram chat channel an alert came out mid-morning for Worm-eating Warbler along with other goodies. The scenario was torture since I was mired on work the entire day. This Worm-eating would be both a patch and Dane County lifer. In addition, the first Golden-winged and Black-throated Blue warbler reports came in along with a White-eyed Vireo. All within my birding patch. 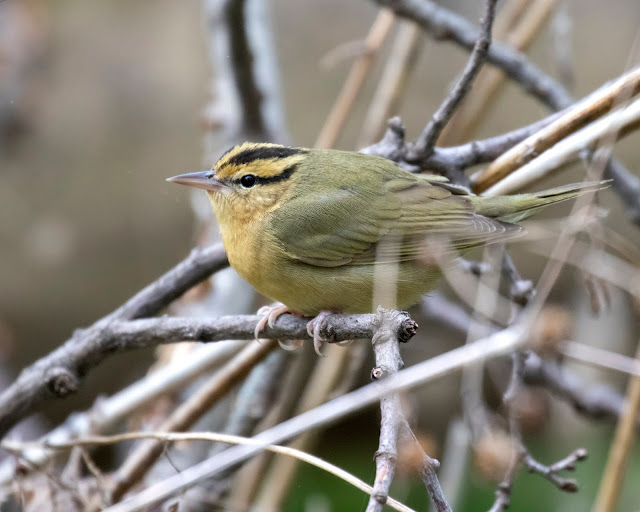 Today I had the fortune of being off. So I set out mid-morning to try for the Worm-eating Warbler. I was not optimistic about re-finding the bird. Many had searched the scene yesterday and dipped. No early reports had surfaced that the bird was re-sighted. However upon arriving to Bill's Woods at the UW Lakeshore Preserve I noted the Ornithology Class intently observing birds and I overheard the leader mention Worm-eating Warbler. I weakly assumed he might have been referencing yesterday's bird since no one in the area appeared all that excited. I decided to circle back around to where the group was which is when Cynthia Carlson informed me that the leader had re-found the Worm-eating. Yes! There was hope. Myself and other birders search the knoll near the base of Picnic Point trying to sight the bird. Eventually Trudy Carlson located it and quickly got me on it. 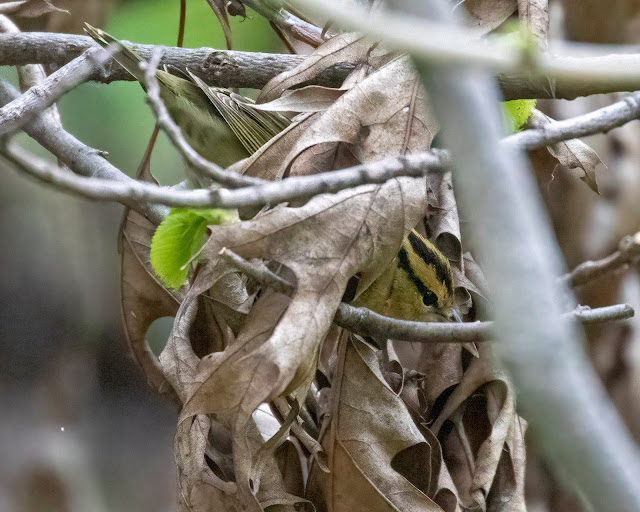 It doesn't get any better than that. 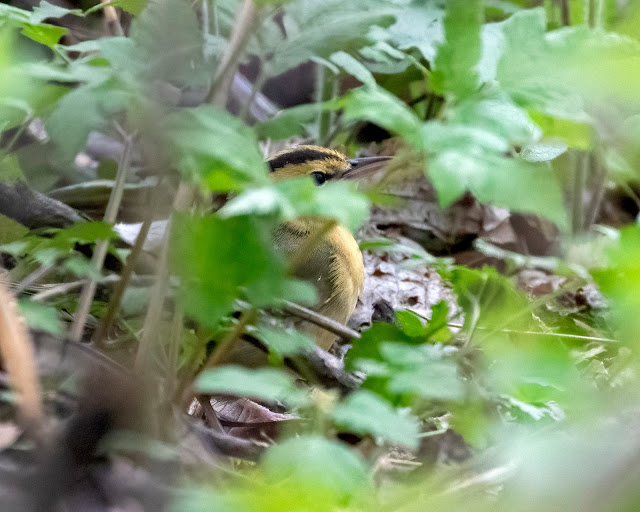 The bird was mostly skulking and busily foraging among the leaf litter. It was moving fast. 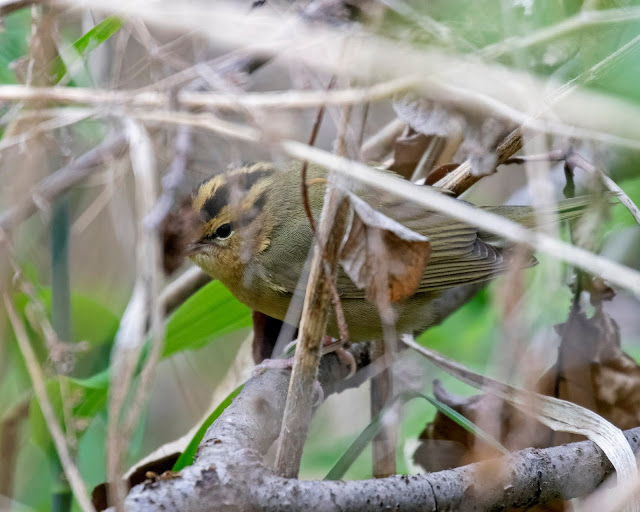 So I was downright thrilled that it popped out in the open where Cynthia and I were ready to capture the moment!

SPEED OF A PLANT

One of many. Tales of birds and nature.